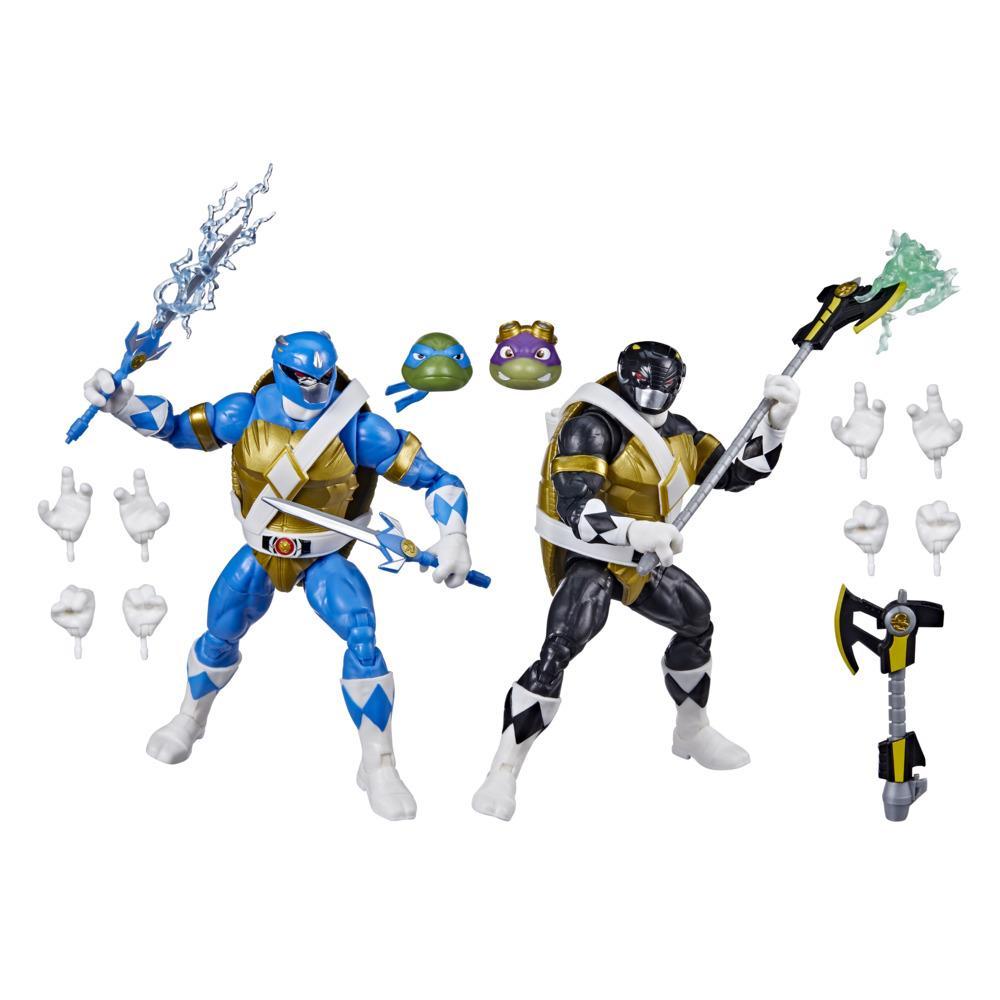 This 6-inch Lightning Collection MMPR x TMNT Collab 2-pack features action figures with premium paint and decorative details inspired by the Boom! Comics crossover miniseries, with over 20 points of articulation in each figure for high poseability. Plus, swappable heads to display the Teenage Mutant Ninja Turtles with Ranger helmet or without. Also includes multiple character-inspired weapon accessories, blast effect pieces, and extra pairs of hands for more ways to play or display. IT’S MORPHIN TIME! From Dino Fury back to the original Mighty Morphin Power Rangers, the Power Rangers have brought teamwork, action, and adventure to generations of fans. The legacy continues with figures, vehicles, collectibles, and roleplay toys from Hasbro, celebrating ranger teams from Mighty Morphin to Dino Fury. Imagine all the action of Power Rangers with toys from Hasbro! (Power Rangers toys each sold separately. Subject to availability.) Copyright 2021 SCG Power Rangers LLC. Hasbro and all related terms are trademarks of Hasbro. Teenage Mutant Ninja Turtles and all related titles, logos, and characters are trademarks of Viacom International Inc.