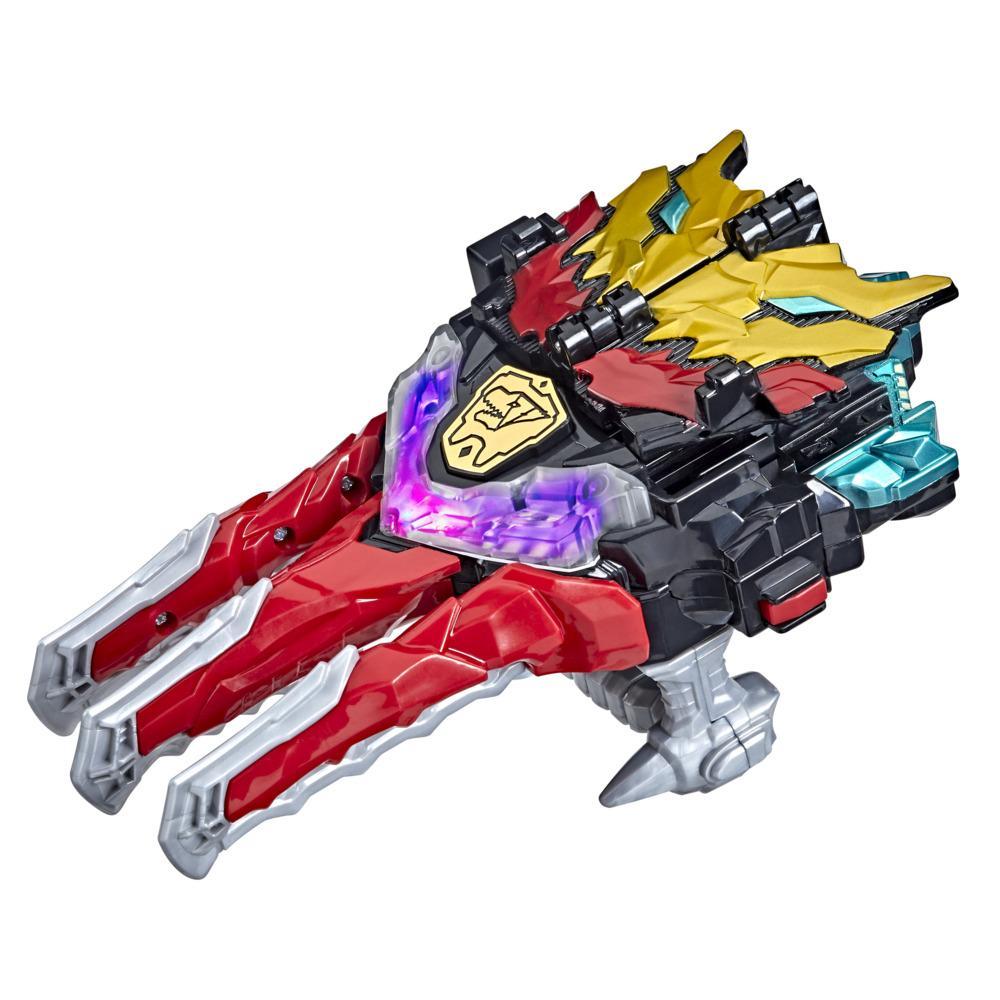 CAUTION: Do not swing or jab at people or animals. Use away from breakable objects.

WARNING: This toy produces flashes that may trigger epilepsy in sensitized individuals.

IT’S MORPHIN TIME! The Dino Knight Morpher with lights and sounds reacts to motion and direction. Point the Morpher in three different directions to imagine morphing into elemental-powered action and unlock even more sounds with the included Dino Knight Key! From Dino Fury back to the original Mighty Morphin Power Rangers, the Power Rangers have brought teamwork, action, and adventure to generations of fans. The legacy continues with figures, vehicles, collectibles, and roleplay toys from Hasbro, celebrating Ranger teams from over 25 years. Imagine all the action of Power Rangers with toys from Hasbro! (Power Rangers products each sold separately. Subject to availability.) Copyright 2021 SCG Power Rangers LLC. Hasbro and all related terms are trademarks of Hasbro.