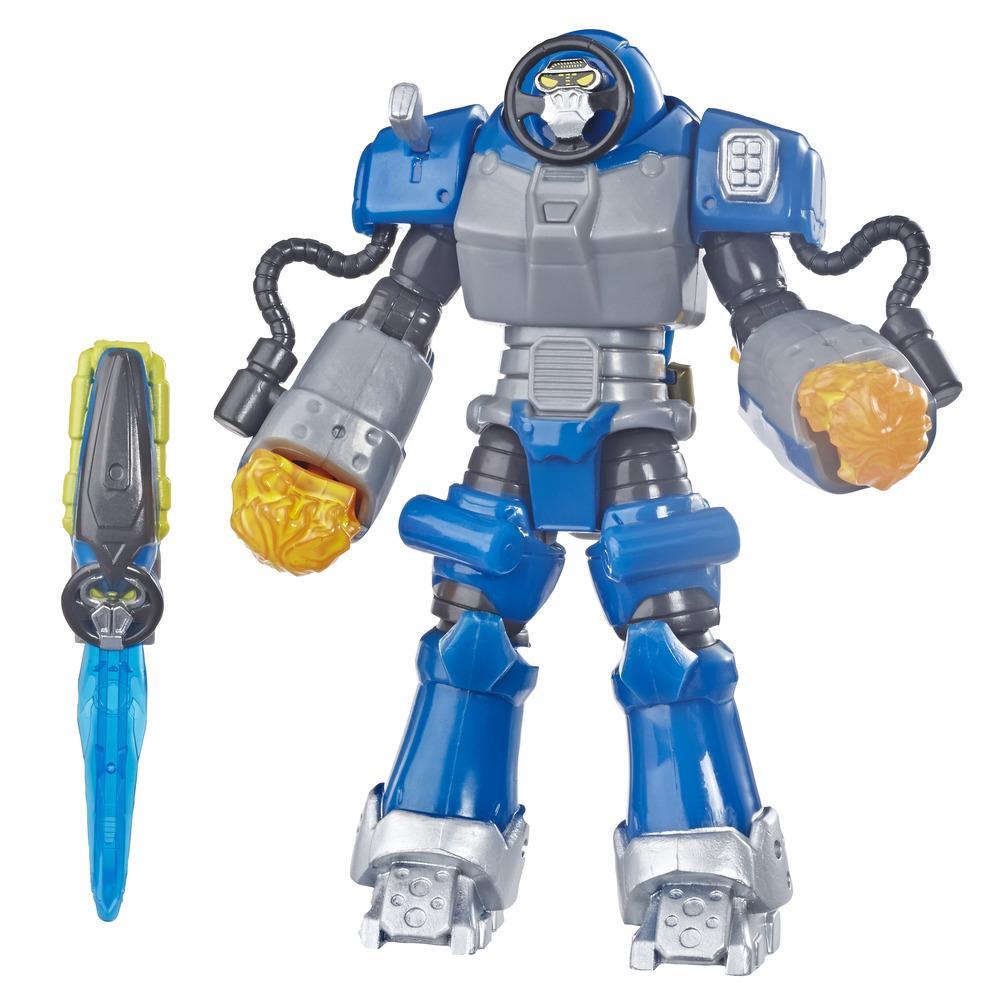 With the Power Rangers Beast Morphers Smash Beastbot deluxe figure, kids can imagine the power-punching action with the Blue Ranger's companion Beastbot. And when kids put the Smash Beastbot Morph-X key into the Beast-X Morpher (Sold separately. Subject to availability.) they can imagine activating villain powers!

ITS MORPHIN TIME! From the all-new Beast Morphers back to the original Mighty Morphin Power Rangers, the Power Rangers have brought teamwork, action, and adventure to fans of all ages. The legacy continues with figures, vehicles, collectibles, and roleplay toys from Hasbro, celebrating Ranger teams from over 25 years. Imagine all the action of Power Rangers with toys from Hasbro!

" SENDS FISTS FLYING  The Smash Beastbot figure has two fist projectiles, so when kids launch Smash's fists, they can imagine the robot punching the Tronics and other enemies of the Power Rangers!