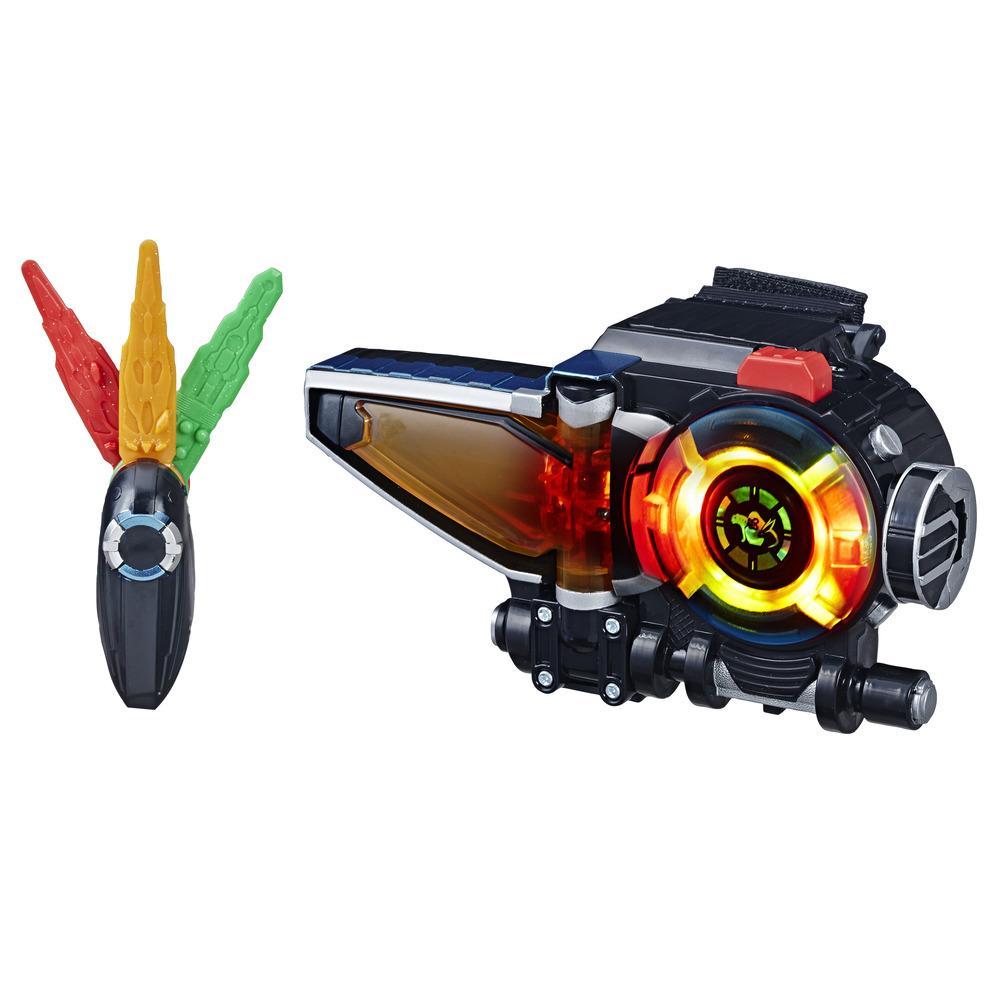 In the Power Rangers Beast Morphers series, Rangers morph into their superhuman form by activating their Morpher. Now kids can imagine that they're activating their own super powers with the Beast-X Morpher toy. Putting it on the wrist and saying ""It's Morphin Time"" activates music, lights, and sound effects. Insert the included Morph-X key to unlock character sounds and phrases. Look for other Power Rangers items that include Morph-X keys to unlock other sounds and phrases (Sold separately. Subject to availability.)

Copyright 2018 SCG Power Rangers LLC and Hasbro.
Hasbro and all related terms are trademarks of Hasbro.

" Includes: morpher, Morph-X key, and instructions.
" POWER RANGERS BEAST-X MORPHER: The Rangers call on their Morpher device to morph into a Power Ranger to protect the city from the villains that come their way
" BEAST-X MORPHER TOY: The Beast-X Morpher toy, inspired by the series, features lights, sounds, and reacts to voice and motion so kids can imagine that they're ready to do battle as a Power Ranger
" MOTION-ACTIVATED FUN: Kids can strap the Beast-X Morpher toy to their wrist to unleash motion-reactive sounds
" MORPH-X KEY INCLUDED: Unlock other sounds and phrases. Look for other Power Rangers figures with the Morph-X Key to unlock other sounds and phrases. (Figures sold separately. Subject to availability.)
" LOOK FOR OTHER POWER RANGERS TOYS  Find other Power Rangers figures and gear, including Power Rangers Beast Morphers, Additional products each sold separately. Subject to availability.
" Ages 5 and up.
" WARNING: CHOKING HAZARD  Small parts. Not for children under 3 years.
" x2 1.5V AA ALKALINE BATTERIES REQUIRED. DEMO BATTERIES INCLUDED. See instructions.