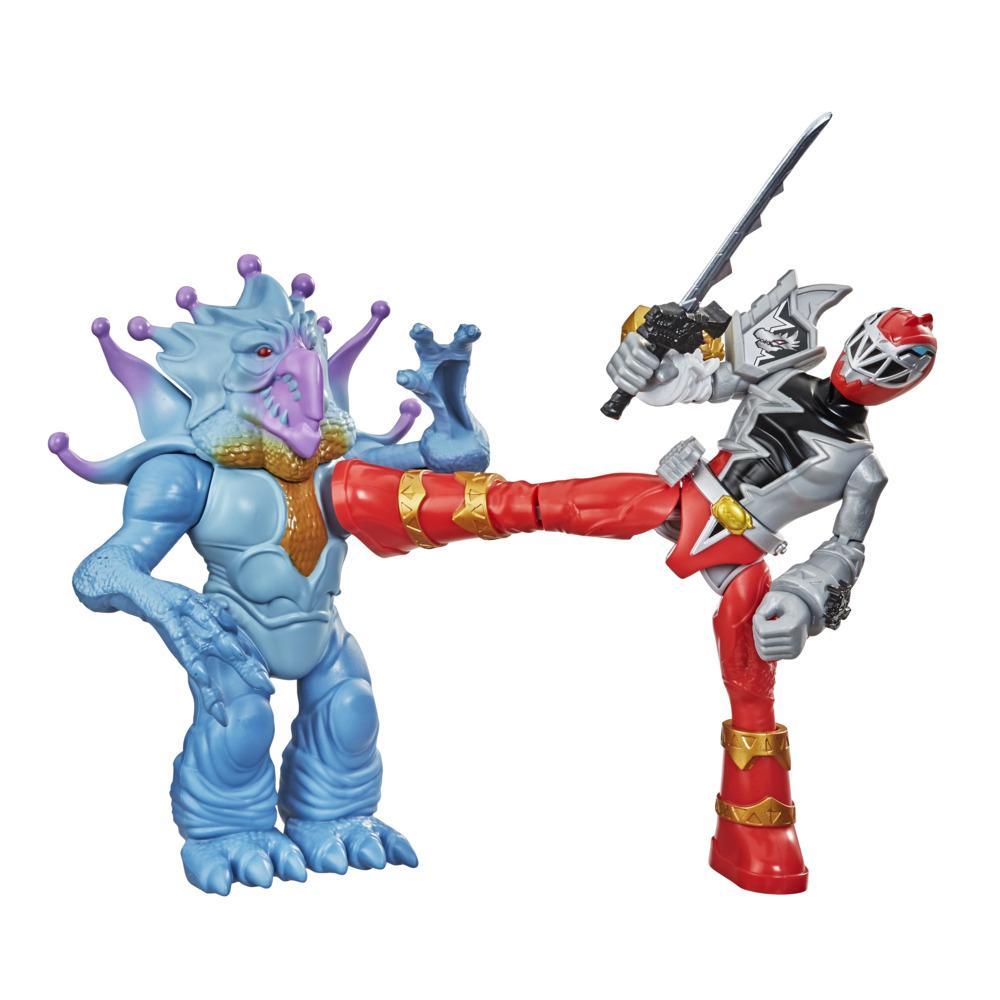 Power Rangers Battle Attackers action figures have cool, kinetic kicking action inspired by the Dino Fury TV show. With the Battle Attackers 2-packs kids can imagine the Rangers facing off against their monster enemies and keeping the world safe from the Sporix Beasts!

IT’S MORPHIN TIME! From Dino Fury back to the original Mighty Morphin Power Rangers, the Power Rangers have brought teamwork, action, and adventure to generations of fans. The legacy continues with figures, vehicles, collectibles, and roleplay toys from Hasbro, celebrating Ranger teams from over 25 years. Imagine all the action of Power Rangers with toys from Hasbro! (Power Rangers products each sold separately. Subject to availability.)

Power Rangers and all related characters are trademarks of Hasbro.

© 2021 SCG Power Rangers LLC and Hasbro.
Hasbro and all related terms are trademarks of Hasbro

• POWER RANGERS BATTLE ATTACKERS: Battle Attackers are inspired by the high-kicking, martial arts action kids love in Power Rangers. Epic explosions inspired by the tv series not included (or recommended)
• 2-PACK INCLUDES POWER RANGER AND MONSTER: Kids can imagine Rangers and monsters battling head-to-head with this two-pack of toys
• INSPIRED BY POWER RANGERS DINO FURY: The Red Dino Fury Ranger leads his team against the Sporix Beasts like Doomsnake
• BATTLE ATTACKERS ACTION: Press down on the level mechanism on the figure’s leg to activate kicking action!
• LOOK FOR OTHER POWER RANGERS TOYS AND FIGURES: Including Power Rangers Battle Attackers, Dino Fury figures and roleplay toys, and more! Each sold separately. Subject to availability

• Includes: 2 figures and accessory.
• Figure scale: 6 inches
• Ages 4 and up.
• WARNING: CHOKING HAZARD – Small parts may be generated. Not for children under 3 years.