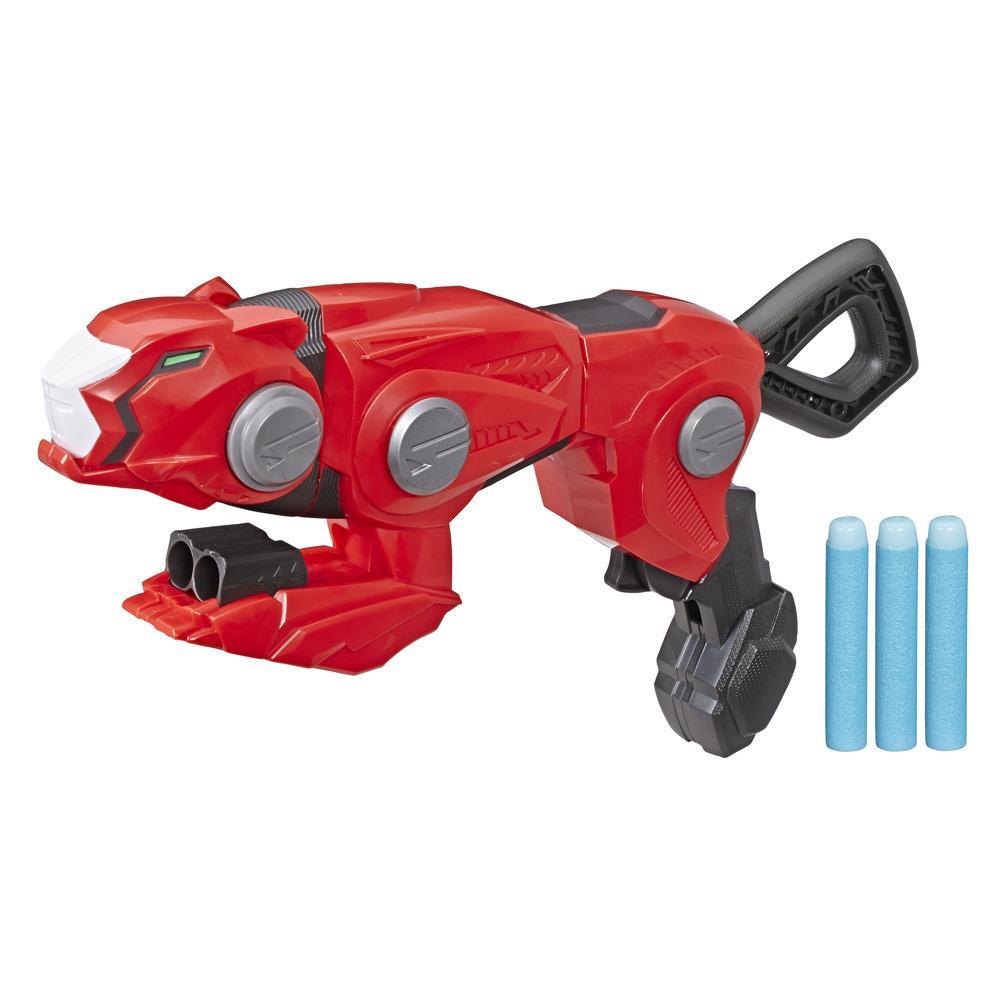 • Includes: blaster, 3 darts, & instructions.
• CHANGE FROM CHEETAH MODE TO BLASTER MODE: Power Rangers Beast Morphers Cheetah Beast Blaster looks like a Cheetah Zord, ready to pounce, but can morph into blaster mode for soft dart-firing action
• GEAR UP LIKE THE RED RANGER: This Cheetah Beast Blaster is inspired by the TV series Power Rangers Beast Morphers
• INCLUDES 3 DARTS: Powered by Nerf, the Cheetah Beast Blaster comes with 3 darts, ready for morphinominal action against any opponent
• LOOK FOR OTHER POWER RANGERS TOYS  Find other Power Rangers figures and gear, including Power Rangers Beast Morphers toys, to expand the morphinominal action. Additional products each sold separately. Subject to availability.
• Ages 8 and up.
• WARNING: CHOKING HAZARD  Small parts may be generated. Not for children under 3 years.
• CAUTION: Do not aim at eyes or face. TO AVOID INJURY: Use only with official NERF darts. Other darts may not meet safety standards. Do not modify darts or dart blaster.